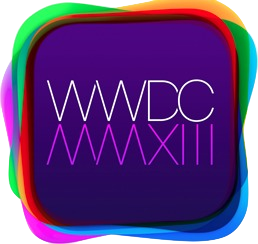 Apple’s Worldwide Developers Conference (WWDC) had a number of announcements for iPad users. The next major release of the operating system (OS) for the iPhone and iPad will arrive this fall with iOS 7. Two of the most useful new features will be Control Center and AirDrop. Control Center gives you a handy set of controls and apps with just one swipe up on any screen. You can quickly activate a slide up tray for access to settings for brightness, AirPort, AirPlay, Bluetooth and music controls. Control Center also includes buttons for a built-in flashlight, timer, calculator, the camera and the new AirDrop utility. With AirDrop you’ll be able to share photos, contacts, notes and other selected content over a peer-to-peer Wi-Fi network or over Bluetooth. That means most apps with a Share button should be able to send content wirelessly to anyone nearby who is also using AirDrop.

iOS 7 also includes significant improvements for notifications, multitasking, the camera, Safari and Siri. This fall we’ll also see the launch of iTunes Radio, a streaming music service similar to Pandora, Spotify or Rdio. iTunes Radio will allow listeners to create custom radio stations based on songs and artists, as well as discover new music and artists through “featured” radio stations. iTunes Radio will be free for iTunes users, but will feature ads for those who are not iTunes Match subscribers.

Learn more about iOS 7 and see interactive previews of Apple’s updated operating system for mobile devices at this link.

The 3 Most Game-Changing Features of the New Apple Maps • Gear Patrol https://gearpatrol.com/2020/01/31/apple-maps-redesign/