Task Mastery
Before iOS 4.2, the iPad had limited multitasking. You could start a song or podcast playback on your iPad, then switch to another app and the iPod audio kept playing in the background. That’s an example of multitasking. If you want to see more on this topic, visit the post iPad: Most Magical, Most Needed on my blog. Multitasking, or fast app switching if you prefer, is much improved with operating system upgrades in iOS 4.2 and later.

Under the original iPad iOS, if you left an App Store app it would quit completely. If you went back to the same app later it would restart not from where you left it, but from the beginning. A “saved state” is built into iOS 4.2 for iPad so apps now have their current states saved in memory. When you go back, the app checks the state saved in memory and resumes from that place rather than starting all over. To take advantage of this fast app switching, begin by double pressing the Home button.

The screen turns translucent as your dock and screen glide up to reveal the new Multitasking Status Bar, where you can see a ribbon of recently used apps. 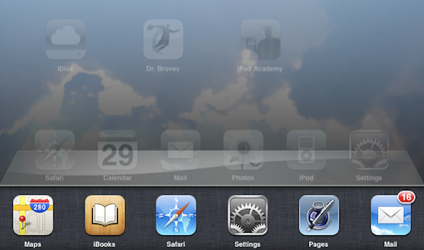 You can now swipe from right to left to see the apps you’ve used recently. 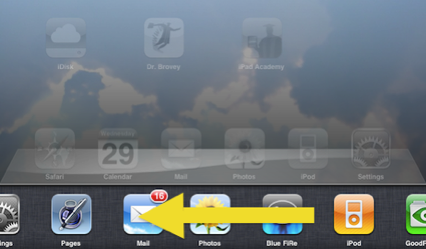 You can switch to one of these apps by tapping on it. To return to the app you were working on before switching, activate the multitasking status bar again and tap the icon for that app. This fast app switching is perhaps the best (and most needed) feature of the new iOS 4.2.

This article is taken from my eBook guide to the iPad. See the sidebar on the right near the top of the page.

The 3 Most Game-Changing Features of the New Apple Maps • Gear Patrol https://gearpatrol.com/2020/01/31/apple-maps-redesign/